Baalbek is a roman temple complex half way between the Syrian border and Beirut. The site is much smaller than other ruins but the temples are much bigger and amazingly intact. Definitely worth the entry fee. 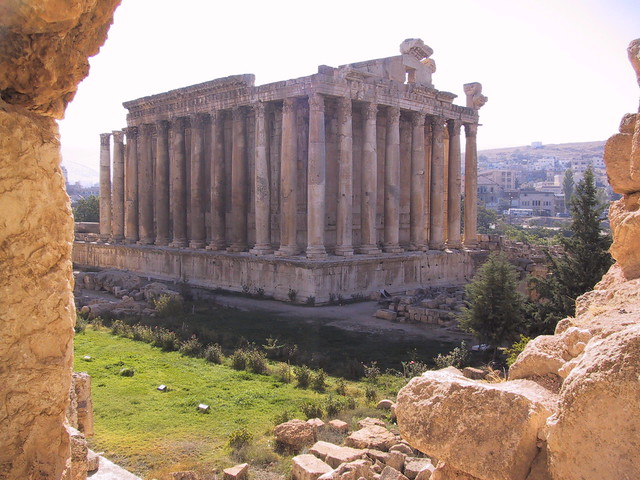 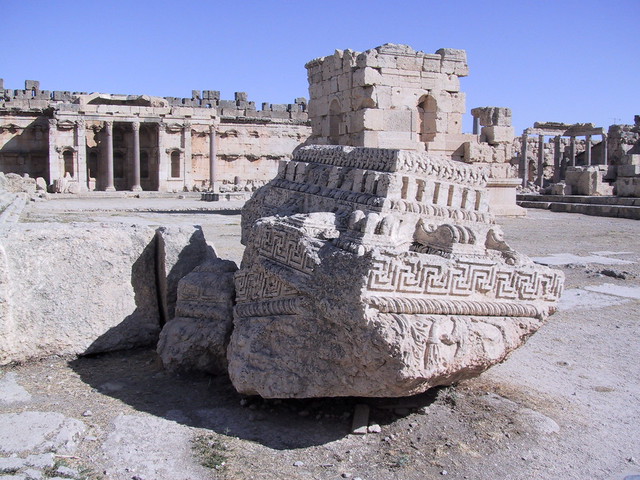 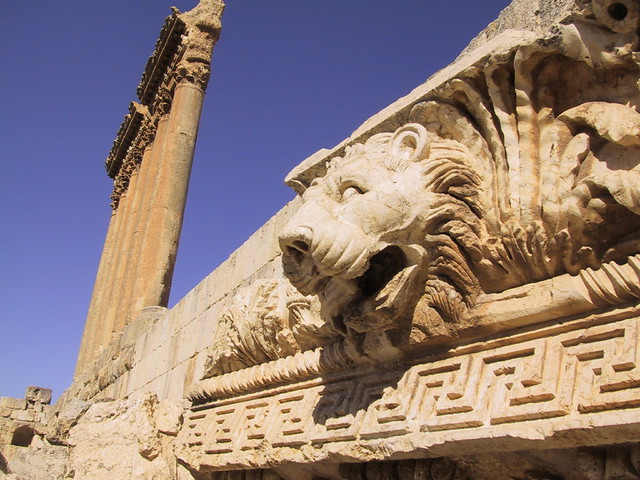 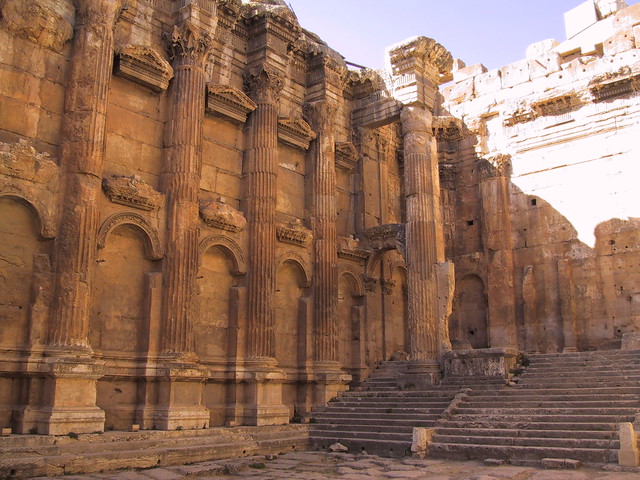 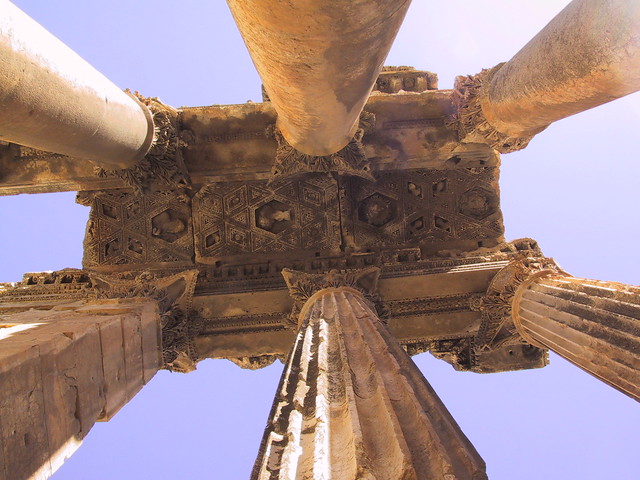 Caught a bus to Beirut and saw loads more anti-aircraft guns on route. Upon arrival a local guy adopts me and shows me how to get to my hostel by catching a bus across town as he is going that way. His English is utter rubbish but he insisted on showing me around and kept trying to pay for stuff. He even followed me to my hostel and said he would ring/visit me later. I really didn’t want a guide as I have the Lonely Planet for a friend after all. I especially don’t want one that I can’t hold a proper conversation with but I don’t know how to tell the guy so I avoided him by staying out until really late. Also he is of the opinion that America deserved the terrorism, which doesn’t make him flavour of the month as far as I am concerned.

Cruising around Beirut I am amazed by the lack of comments/attention I receive. Even the FREAK shirt only got one mention (“What is frek?”?). In every other country I have been on tour to the locals delight in calling out to the floppy hat wearing/bald guy. Theories for this phenomenon (or lack of) include:

Once again much love you all as per and I promise that I feel completely safe and that I won’t do anything dumb(er than usual).

I am okay. I do not think that I am in any danger. And this is not just bravado, I am being deadly serious. I have to be. It’s my life I am talking about.

Thank you to all of you who have expressed concern over my well-being but please do not worry about me because I am keeping completely abreast of current events and the feeling in the streets and I am absolutely positive that I am complete safe here. In short: trust me I know what I am doing.

ON TO THE TRIVIAL TRAVEL STUFF

Spending time in Jordan, Syria and Lebanon has made me realise what a total pack of wankers the Gypos (Egyptians) you meet as a tourist are. Even the other Arabs think this about the Gypos. That’s not to say that the entire population is made up of bad apples but the ones who are drawn to the tourists are sharks and we are no more that bloody pieces of meat waiting to be ripped off. I am telling you this now because the Syrians, Jordanians and Lebanese have made me realise that this part of the world is filled with genuine, honest, hospitable and generous people. And I have nothing but good things to say about the rest of the Arabs. Except the ones who hang around at bus stations and the taxi drivers of course. They’re wankers everywhere.