For the first time in Syria I paid for an organised tour from my hotel instead of making my own way around the various sights I wanted to see. The bonus of this is I got to see another castle (completely crap), a monastery (also completely crap) and drive along a beautiful mountain road (you guessed it, crap) before getting to the Krak des chevaliers. The Krak was worth the price of the tour alone though so all was not lost. Especially since the Krak is the fourth site in Syria that my ISIC card has allowed me to pay the ninety percent off student price. Bonus. Very dodgy admittedly. But bonus all the same. I wont bore you with details of the Krak except to say that it was a wickedly big crusader castle (easily the best so far) and this geek had a way cool time exploring it for a couple of hours. 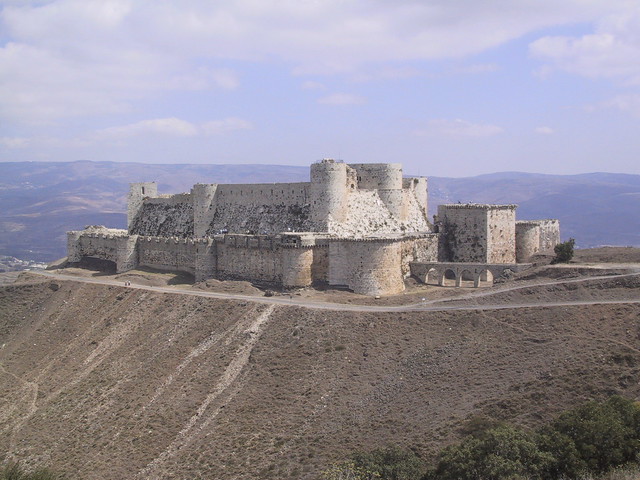 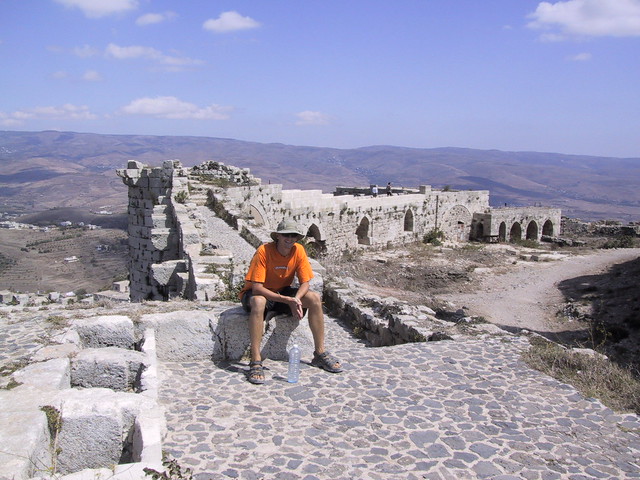 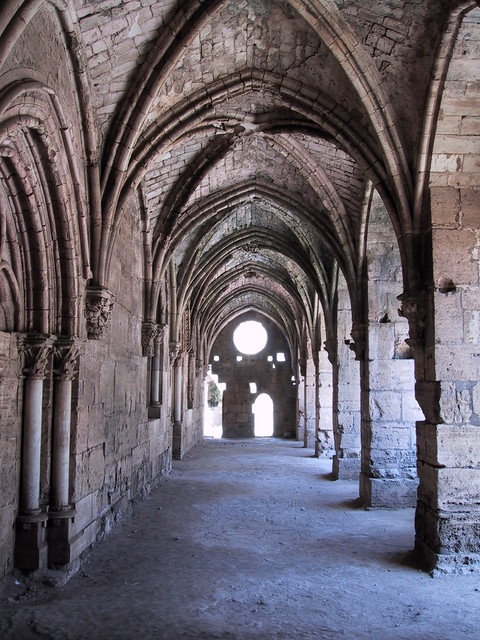 The drive home along the boring old motorway was way better than the ‘beautiful’ mountain road. We saw several insane individuals (and families) crossing the motorway on foot. A couple of vans badly overloaded with foam mattresses (what’s the worst thing that could possibly happen) and one guy who was obviously sitting the practical component of a Cairo drivers permit by driving down the wrong side of the motorway into oncoming traffic. 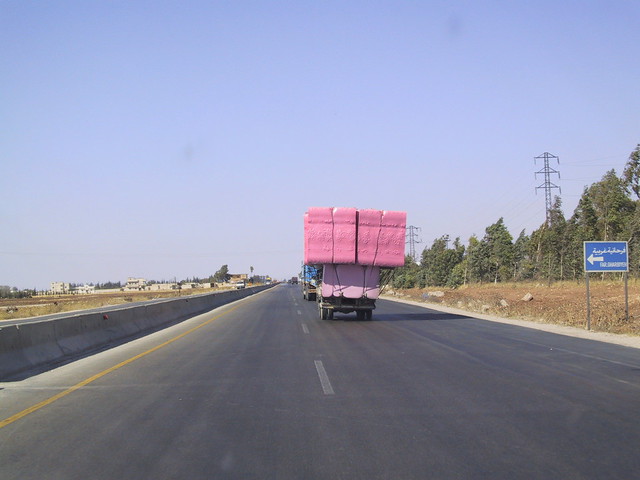 That night I toured the town (still no brothel) in search of a place that could repair my caterpillar sandals, which needed to go into the shop for the fourth time. Walking machines my fucking arse. The shoe repair shop was a real family affair with three generations of males from the family (and friends) sitting around drinking tea. With traditional Syrian hospitality the shoe repair guy did my sandals for free and refused any money. The old guy outside the shop raised the subject of the terrorism and said sorry. He then went on to explain in badly broken English that America and Israel have been killing Arab women and children for a long time. I tried to say that a lot of people were dying on every side and that the entire killing was bad. This only seemed to sadden him and he got up and rode off without saying another word. I felt like shit for being so rude when they had been so hospitable so I bought some sweets for the shoe repair guys kid.

My poor handling of this situation reminded me of two Arab guys I have met in the last few days. One was a Jordanian translator who worked in Jordan and China. He paid for my bus back from a castle in Jordan and refused any money. The second was a Syrian economics student who got me down to the ruins at Bosra at the local price, got me into the castle for free, gave me food at his house and guided me around the ruins for free. Both were intelligent, reasonable and thoroughly likable guys. And both said they would pick up a gun and start shooting Israelis tomorrow if given the chance.