Am leaving Amman today to head to Damascus in Syria. Before I got to Jordan I had heard that the people were genuine and friendly and apart from the occasional scammer who bumps the price a bit on the buses I have to say this is very true. The other thing I heard was that it is expensive here. This is true but I have been able to spend about the same per day as I was in Egypt by sleeping on roofs, eating cheaply and using public transport.

As much as I have enjoyed my five days in Jordan it is definitely time to leave. Every time I start to run out of things to do in one country I get stuck into the Lonely Planet for a run down on the next country and get really excited about moving on.

The best thing the Lonely Planet had to say about Syria was that the black market exchange rate for us dollars in Syria is about twenty percent better than the official government rate. Needless to say I am taking a big stack of us dollars across the border to dabble in some illegal currency trading.

A fair bit of this email was written before the recent terrorist attacks on New York and Washington. The tales of my travels seem trivial and unimportant compared to these recent events but I wrote it all and I plan to write more (no kidding) so here it is anyway. Thank you to those of you who expressed concern over my well being. For the record I think things are as safe now as they were before the attacks but I am keeping my eyes open all the same.

Wel come to my email

This is a traditional greeting from Jordanian and Syrian adults. And they are not just saying it to get you to come into their shop and buy something. Well not always anyway.

This is a traditional greeting from children in Jordan and Syria. Mostly they just yell it at you until they get a response. Any response with a smile will do. 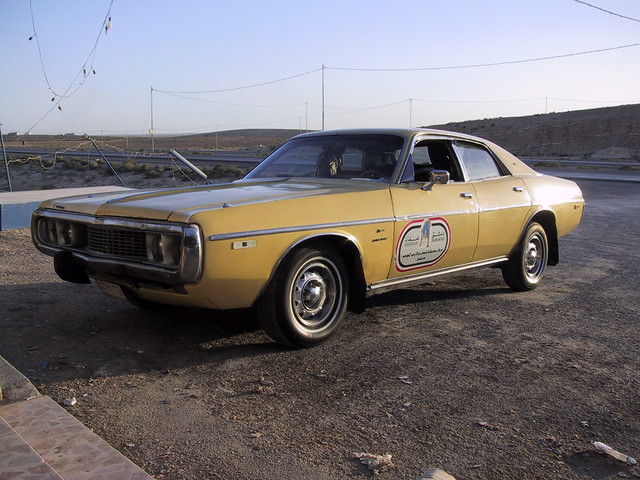 The service taxi from Amman to Damascus was in a big yellow westie (you may know these people as bogans or druffs or any of a number of other aliases that they use around the globe) dream car. Now I don’t know that much about cars but fixing up this multi valve multi litre gas guzzling Buick was definitely the stuff that westie dreams are made of. The sanding, lowering, painting, tinting, polishing, supercharging and ‘banging a girl called Sharon in the back of’ alone could keep a westie off the streets and out of trouble for the best part of a decade. I reckon. I was doubly stoked because it looked like the trip to Damascus was going to be a very short one indeed. Or at least it would have been if the driver had driven anywhere near the cars potential. Clearly he was more concerned with poxy issues like the cost of fuel rather than looking cool in front of any of the other big American service taxis that sped past us on our sedate journey to the Syrian capital.

It cost SIXTY FUCKING US DOLLARS (that’s 40 pound sterling, 130 New Zealand dollars, 110 Australian dollars, 3000 Syrian pounds, need any more?) JUST TO GET INTO THE FUCKING COUNTRTY. All I can say is that it had better be pretty bloody good.

Driving into Damascus at night is like driving down an extremely low budget version of the Las Vegas strip. No I haven’t been to Vegas but my mate Simon’s been there and I have seen it on TV. Every building, pole, tree or other suitable structure has a brightly coloured light attached to it, which more often than not was flashing as well. One could say that there were more flashing lights than you could shake a stick at if it weren’t for the fact that all the sticks had flashing lights attached to them.

At the local transport terminal was offered a taxi to my hotel for a one hundred Syrian pounds. But I know better than to take the first (or any) taxi offered when you are a silly tourist arriving in a new town so I politely said “la shocker run” (no thank you in Arabic). To my utter disbelief he just smiled, said, “have one” (no worries) and walked off. He didn’t even lower his price. To be honest I was a little shocked. I’ve been through this scenario a dozen times now and it’s supposed to go like this:

Scamming taxi driver: Hello my friend where is your hotel?

Scamming taxi driver: I’ll take you there for and the special tourist only rip off price of one million dingbats (for example).

Scamming taxi driver: Okay then how about coming with me for seven hundred thousand dingbats that’s only three times what the locals pay?

Clever tourist: No really I’m fine. I think I’ll just catch that bus over there for eight dingbats.

Scamming taxi driver: (buggers off in a huff and looks for a much more stupid tourist)

This new turn of events was so disconcerting that I nearly chased him down and demanded that he take my to the hotel for one hundred Syrian pounds immediately. I mean did he know something that I didn’t? Then it dawned on me that he didn’t even begin the dialogue with the traditional scammers greeting, “Hello my friend!” Now I was really worried. As you can imagine I needed to find out what the hell was going on, and fast. I walked up to the nearest shopkeeper and asked him in which direction one of the big landmarks near my hotel was. He threw me even more by offering me a lift there with him and his brothers who had just finished work and were going that way. Something was not right. In the car the three brothers didn’t even try to sell me anything and as I got out one of them even offered to show me around the next day! Clearly something is very fishy is going on in Syria and I intend to find out what it is.

As for the offer of a guided tour, I took a number, so it didn’t get awkward, but had I no intention of calling. I think I have grown too used to pottering around strange cities at my own pace with the Lonely Planet as my only guide and friend. Stop me if I start to sound too sad.

Once I was settled onto (roofing it again) a good hotel I popped out to have a quick look around the downtown area and was pleased to note that I was within a short walk of everything a backpacker could ever want. That is if I don’t mind playing a quick game of Frogger across a four lane motorway. This is mere child’s play for a Cairo veteran like myself. To make it even easier Damascus drivers hit the break instead of the horn when presented with a near collision with a pedestrian. And some have even been known to give way. Soft. During my sortie I was offered the services of female companions (hookers) on several occasions. I wonder, do I look that hard up? Or has news of my poor form on tour arrived here before me somehow? If so, how? Another riddle to be solved as I lie awake in the dark at night trying to estimate the number of mosquitoes by the volume of the noise that they make (usually loads).

Speaking of mosquitoes. All my time on top of hotels has meant that I am covered in itchy bites from bald head to toe. Literally. And I am bloody DYING for a bloody scratch. But I dare not because I will be swimming in the Dead Sea some time in the next couple of weeks and the last thing I want to have any cuts or scratches.